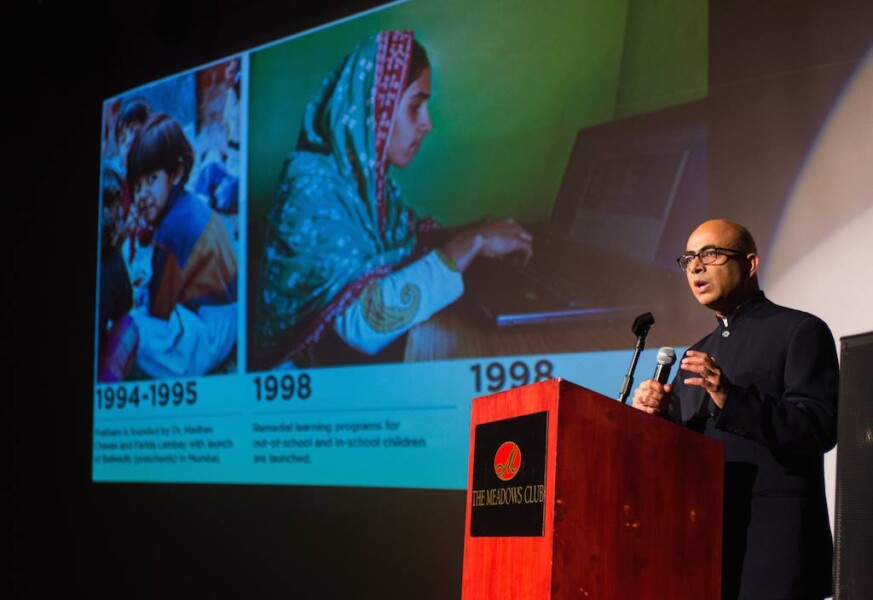 Local business leaders and residents passionate about education turned out in full force at the Pratham Chicago Gala on September 19, 2015. Held at the Meadows Club, the annual gala celebrated Pratham’s 20th anniversary and raised $250,000 in support of our education initiatives in India.

“In the last 20 years of its existence, Pratham has created a transformative learning movement, proving that education can be improved in short timespans while using a scalable model,” said Chicago chapter head, Shailu Verma. “I am humbled by the incredible response this movement has received from Chicagoans over the years and especially this year. The chapter will continue its efforts to support the largest educational movement in India, so that more underprivileged children can succeed.”

The evening showcased local talent with Chicago Adaa, the city’s Bollywood fusion dance team, who performed an original dance inspired by Pratham’s history. Guest of honor, WBEZ Worldview host Jerome McDonnell, led an interactive telepresence session with Pratham co-founder Dr. Madhav Chavan who was in Pune, India. Dr. Chavan was joined by several children who shared moving stories of how their lives have been transformed through Pratham’s programs.

With 130 million Indians entering the workforce in the next ten years, ensuring they receive a quality education is critical for India’s future success. McDonnell noted, “Pratham’s ability to improve the quality of education at the community level across India is inspiring.”