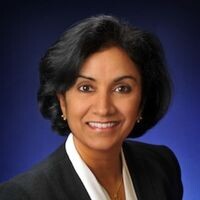 Pratham USA is pleased to announce the appointment of Annu Rao Naik as president of the Houston chapter.

Annu will be taking the reins from Dhiren Shethia who has led the chapter to great success despite the pandemic. Under Dhiren’s leadership, the Houston Chapter exceeded its fundraising goals and planned successful events that raised funds for programs in India.  In the process of doing so, he engaged a whole new professional team for the Houston chapter. The foundations for corporate giving were laid under his leadership and the chapter engaged the Houston business community like never before. The Corporate Advocates Program was also launched in the Houston chapter. Dhiren will continue to serve on the Pratham USA national board and Pratham Houston board.

Annu has lived in the Houston area for the past twenty-five years and has worked with countless families as a real estate agent for sixteen of those years. Prior to transitioning into real estate, Annu worked at Compaq and HP. Annu and her husband Sagar became involved with Pratham about fifteen years ago after attending a few of the organization’s events. As a family, they are passionate about helping people through education and providing second chances. Annu is also on the board of Daya, an organization that helps victims of domestic violence, and together she and Sagar are engaged with other organizations throughout the greater Houston area. The Naiks have two children, Anita and Rohan, both of whom have volunteered with Pratham in the past.