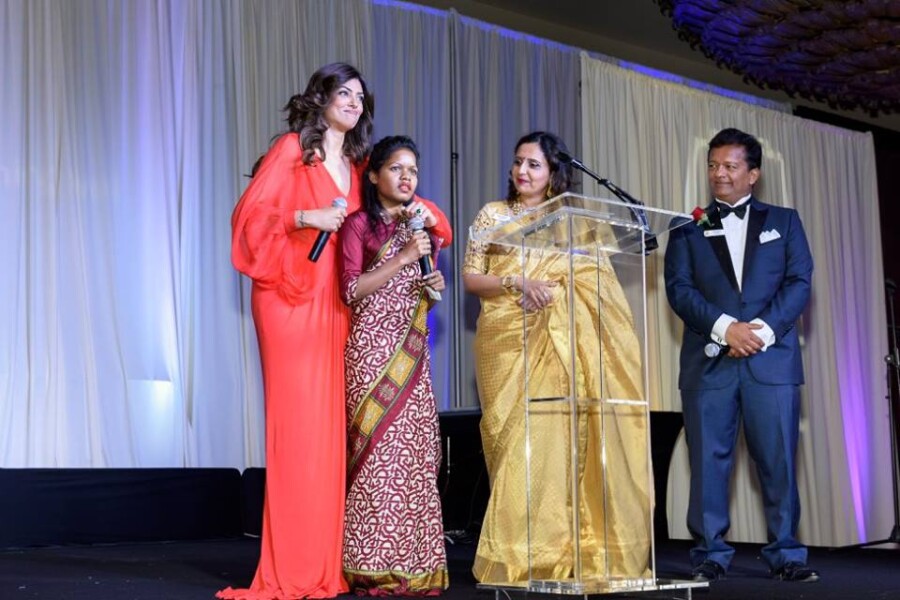 Close to 900 guests attended the annual Pratham Houston gala on April 1, which raised an incredible $1.4 million to fight child illiteracy in India. The sold-out event, held at Hilton Americas, was emceed by KTRK meteorologist Casey Curry and featured a series of unforgettable performances and speeches.

After moving renditions of the national anthems of India and the US performed by Apoorva Das and Pooja Vettical, attendees were treated to a high-energy Bollywood routine by Rice University’s Rasika Dance Group. A passionate speech by Pratham Houston President Ash Shah followed, in which he appealed to those present to donate generously: “This will be my last year as the President of Pratham Houston so I hope you give with your heart.” Later adding, “I will be passing the torch to the next President the Board elects, and I hope you all will support him or her the same way.”

Dr. Anupam Ray, Consul General of India, then shared some of his personal experiences from India and commended the noble work being done by Pratham. Former Miss Universe and Bollywood star Sushmita Sen stressed the importance of education for all. And Pratham CEO Dr. Rukmini Banerji reflected on her journey with the organization and outlined her vision for the future.

But perhaps the highlight of the evening was Sanjana Das, a young woman from Odisha, who shared her own story of overcoming hardship to attain personal and financial independence with the help of Pratham’s vocational training program. “Pratham gave me wings and a backbone,” Das said, leaving many in the room teary-eyed.

The night culminated in a scrumptious dinner provided by Dawaat Catering and music by the Z Band accompanied by DJ Gary. We thank all the institutional and corporate sponsors as well as individual supporters and volunteers for making the evening a resounding a success!