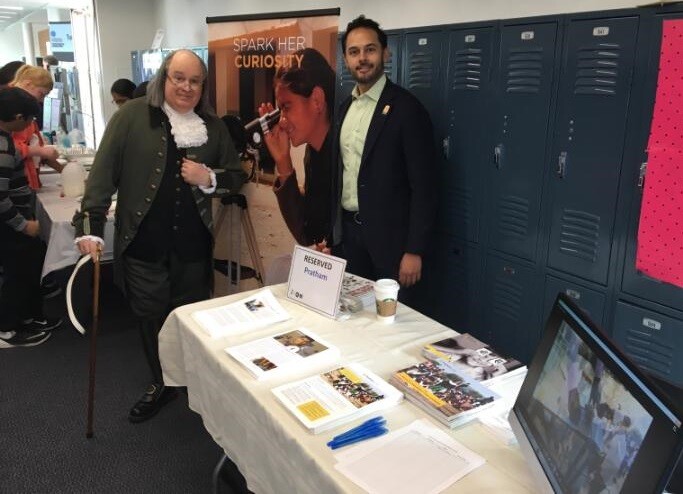 Pratham was one of 40 exhibitors, which included Siemens, Tesla and George Mason University. In addition to introducing visitors to Pratham’s core mission, the booth showcased our science program designed to stimulate scientific curiosity among middle schoolers in rural India.

Visitors were shown a video depicting how Pratham volunteers organize science fairs, one of the several activities that utilize a learning-by-doing approach to deepen children’s understanding of scientific concepts, instill confidence and stimulate further curiosity in the subject. They also learned about recent STEM-focused grants awarded to Pratham by the software company CA Technologies and Google.

“Being able to engage with the many attendees allowed us to expand our reach,” Chethan explained. “We were able to introduce the organization to a new audience. Many people came to us unaware of who we are and what we do and left impressed and ready to get involved.”

Amit agreed: “It was a great platform to discuss Pratham’s STEM initiatives that have proven successful in bridging the gap between traditional educational institutions and today’s workforce that heavily relies on such principles.”