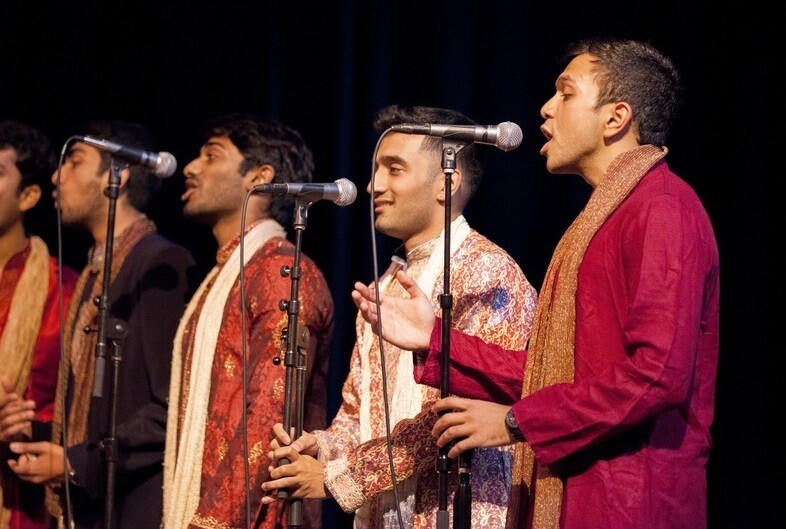 On October 15, 2016, Harvard University’s South Asian Association (SAA) hosted a concert featuring Penn Masala, which bills itself as the world’s first South Asian a cappella group. The group performed to a sold-out crowd of more than 500 at the Cambridge Rindge and Latin School’s Fitzgerald Theatre with all proceeds going to benefit Pratham.

Penn Masala performed three sets featuring original songs, mashups of English and Hindi music and classical Indian pieces. The audience responded enthusiastically to the high-energy performance, leaving their seats to dance along to the final set.

Sruthi L. Muluk, the South Asian Association’s outreach chair and co-lead, explained that Saturday’s concert was about more than music. “We are donating a portion of our proceeds to Pratham USA, which is dedicated to educating kids in India that do not have the opportunity to do so,” she said. “So we’re really excited about that.

Prior to the start of the concert, Pratham USA’s Executive Director Bala Venkatachalam introduced Pratham and spoke about how our ground-breaking programs are “moving the needle” in delivering quality education to India’s poor.

According to Simi Shah, the cultural chair and co-lead, the SAA thought carefully before choosing a charity to support.  “We went through a pretty hard list of organizations that we were contemplating donating to,” she said. “But I also think that investing in education is very important, and Pratham is a reputable organization that has done so much work. [The organization] maintains a presence all over the United States and in India, and when we reached out to them, [they were] just incredibly personable people that are really excited to be involved.”

Ream more about the event over at the Harvard Crimson. Photos courtesy Vimal Konduri.