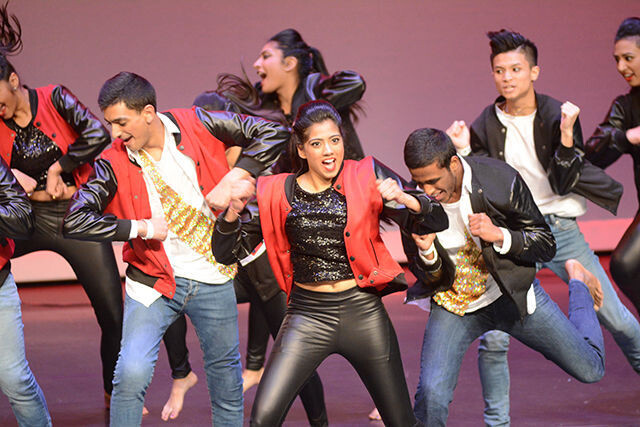 More than 600 people gathered at the newly renovated Stewart Theater located in the Talley Student Center on the NC States campus to cheer on eight elite teams representing the nation’s best collegiate Bollywood Fusion dance teams as they battled for top honors.

Teams hailed from across the eastern seaboard with Temple Agni crowned the winners and UNC Chapel Hill Chalkaa and NYU Pandemonium, placing second and third.

Established in 1970, Ektaa, which today comprises 150 students, faculty and staff, promotes the culture of South Asia at North Carolina State University and gives back to the community through community service and charity fundraisers. Pratham was selected as one of two education charities to receive proceeds from Oak City Revolution, which raised $2500.

Take a look back at some of the highlights from the event.