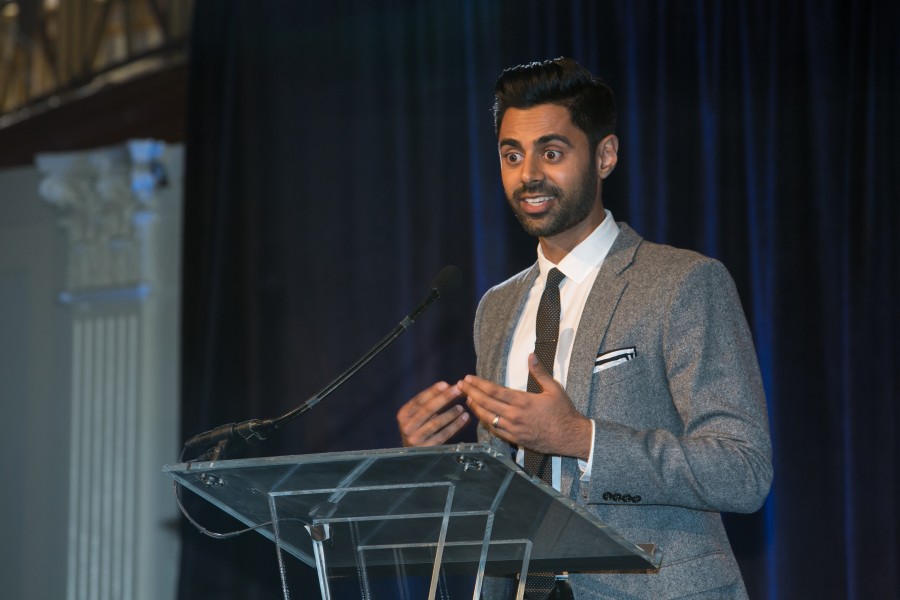 The New York Tri-State annual Gala was held on Friday, September 15, 2017 at Cipriani Wall Street. The event, which was attended by approximately 600 influential leaders from the business and Indian-American communities, raised over $3.8 million for Pratham programs.

Guests were entertained by writer, comedian and Daily Show correspondent Hasan Minhaj, who delivered a rousing 20-minute set. Born to an immigrant family, Minaj talked about his upbringing and stressed the importance of “giving kids an opportunity.” Vocational Training program graduate Mangala Mehar then took the stage and recounted the impact Pratham has made on her life. Today, the 22-year-old is a senior housekeeper at a Maldives resort, earning enough to pay her father’s medical bills and send her younger brother to college. “I had always dreamed of becoming a successful and independent woman. The Pratham course gave me something far greater than the skills to get a job at a fancy hotel. Pratham gave me the motivation and self-confidence to keep moving ahead,” said Mehar before receiving a standing ovation.

The evening also honored Ajay Piramal, Chairman of The Piramal Group and the Pratham Education Foundation, who is stepping down from the latter position after a decade of service. In that time, the organization experienced tremendous growth, tripling in size to its current $36M. “This has been a very satisfying journey for me where I have learned a lot. I am most grateful to Pratham for this,” said Piramal. “We can look ahead with a lot of optimism,” he added as he reflected on how, in 22 years, Pratham has gone from a single program in a Mumbai slum to one of the most influential forces in India’s education sector.

In her speech, CEO Dr. Rukmini Banerji described the next frontier for Pratham: exploring an Edtech approach to accelerating children’s learning of foundational literacy and numeracy. She praised the significant support Pratham has received from Google and a family-based trust to experiment with digital learning and determine the optimum solution for educating India’s 100 million children who are functionally illiterate.

Chapter President and PNC executive Gagan Singh attributed the evening’s success to the gala committee, staff and volunteers who worked tirelessly over many months, and to donors who have remained loyal to the organization year after year. “In the end,” he concluded, “what is also really important to recognize is that we have an amazing organization in Pratham led by truly passionate and inspiring leaders, which makes it easy for all of us to tell the story.”

Read more about the event at The Economic Times and NewsIndia Times.