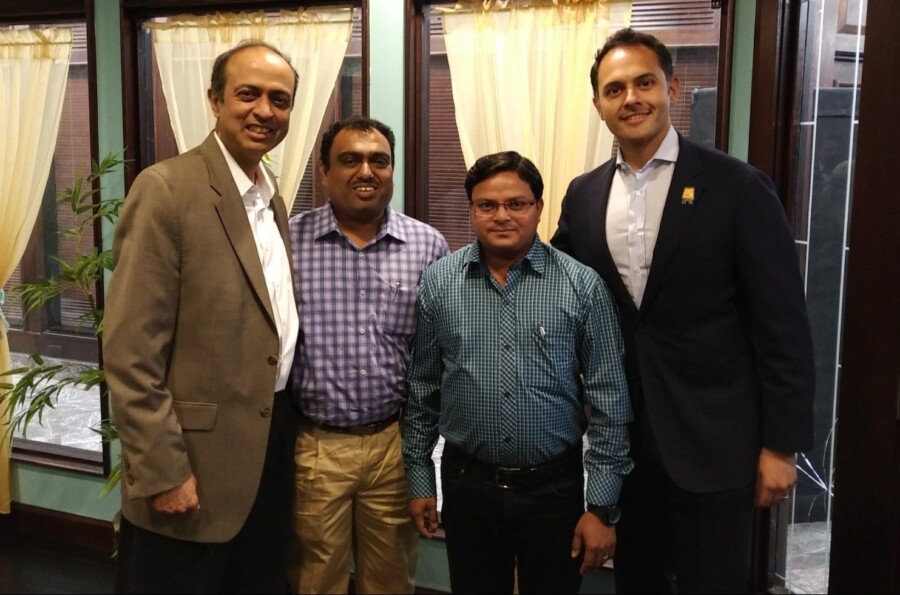 On May 15, Ganput recounted his uplifting story for the attendees of a Pratham DC salon event held at the Sapphire Tysons restaurant in McLean, VA. Later, he mingled with the guests, who were eager to learn more about experiences. Ganput described how he was raised in a small town called Kuhi in Nagpur, Maharashtra, in a household of eight family members. Unable to finish his education due to his brother’s sudden passing, Ganpat dropped out of college during his second year and started taking on small jobs while his second brother worked on their family farm. He began looking for better opportunities and discovered the Pratham Hospitality Training Center. He knew this was his chance to change his life for the better.

“Being able to meet and hear from Ganpat about his background and the impact Pratham has had on his and his family’s life is amazing,” said Chethan Rao, president of Pratham DC. “It allows us as donors in the US to see firsthand the impact of our contributions and passion for such a great organization. To be able to increase your monthly take home by more than 20 times by attending a three-month vocational training program is life-changing.”