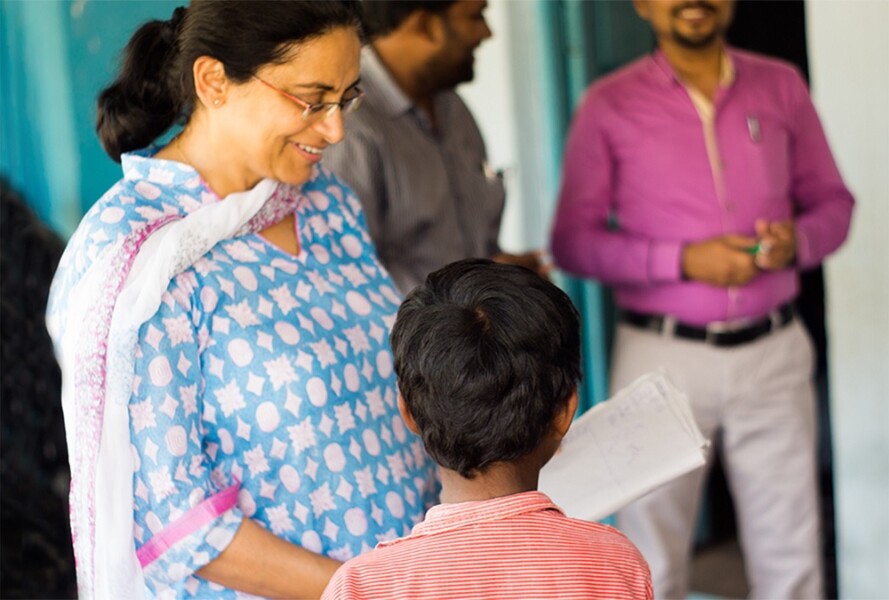 All across rural India, children are being assessed on their ability to read a short story and solve an arithmetic problem.  Why? Because ASER (Annual Status of Education Report) 2016 is underway.

The largest household survey of children’s learning in the world, ASER 2016 commenced in September and is 60 percent complete. Before the 100-day field exercise is over, some 25,000 volunteers will go door to door to collect information about 600,000 children in approximately 16,000 villages.

For a decade, ASER has provided invaluable data about school enrollment and children’s learning in rural India. It has also sparked a movement of citizen-led assessment on three continents.

While the official report won’t be released until January 2017, you can follow the survey through staff and volunteer field reports:

ASER Intern Nikhita Jain defer a job offer with a consulting firm in Washington, to volunteer with Pratham . In September, she and eight others, from all over India, packed into a van and headed to a rural village in Uttar Pradesh to help carry out the ASER survey. Read her account.

ASER Research Associate Kaushik Subramanian, who sat idle at home for more than a year, was thrilled to add purpose and meaning to his life. “I don’t get to stay for more than two days in a place now. I sleep in one city and I wake up in another. Isn’t that cool?” Read more.

Coinciding with the launch of the survey, in September, Pratham CEO Dr. Rukmini Banerji was invited to speak at MIT by J-PAL as part of its lecture series: D²P²: Data. Decisions. Public Policy. Dr. Banerji discussed her work with the ASER and how the massive citizen-led assessment of children’s learning has led to a national debate and changed public priorities in India. Watch her lecture “Measurement for Action” in the video below.

You can support this important work for as little at $50, the cost to conduct the survey in one village. Donate now!