Pratham Offering Lessons on the Radio 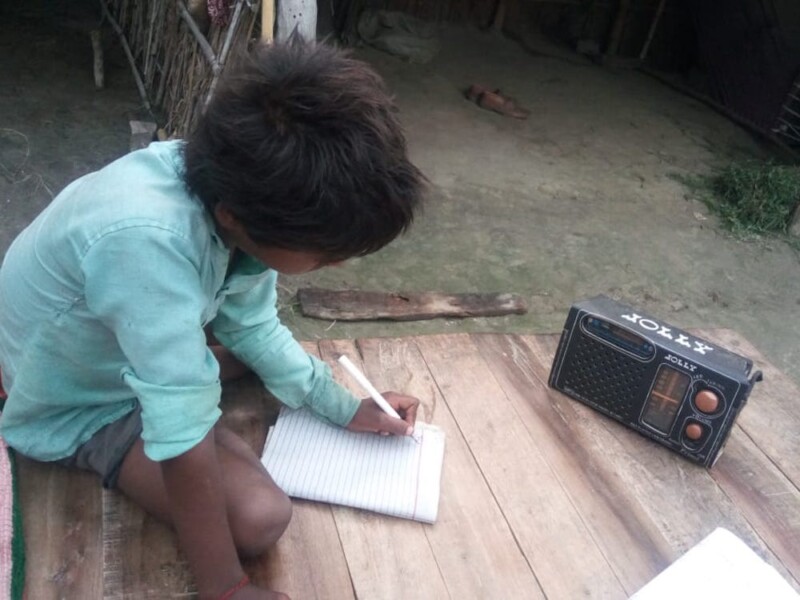 With schools across India closed due the pandemic, Pratham’s critical investments in EdTech, together with our well-established presence on the ground, have allowed us to pivot quickly and effectively to a remote learning model. Recognizing that the communities we serve have little or no access to devices and lack connectivity, our team has turned to a variety of mediums—from WhatsApp to Zoom—offering daily lessons and ensuring that children remain reassured and focused on learning.

But what about areas where students don’t even have access to phones? Such is the case in many parts of the Thane district in Maharashtra. Here, smartphones are a rare commodity, which, even when available, must often be shared among multiple family members. How would we be able to continue to serve these children? Far from cutting edge, the solution turned out to be downright old-fashioned—radio.

A recent article in the Hindustan Times highlights Pratham’s recent collaboration with the Thane District Council. The “School Outside the School” initiative, which has been launched in several tribal villages in the district, uses radio channels to impart lessons. These are also recorded on mobile applications, which can be accessed by students later when a smart phone becomes available.

“We first send a message of various concepts to the volunteers who read it out to the students or note it on a common village blackboard,” explains Smitin Brid, director of Pratham’s early childhood programs. “The next day, the concept is explained to the students and their parents through an hour-long radio program broadcast from Nagpur’s All India Radio center. The program is either broadcast through loudspeakers or at a common meeting place in the village.”

The program also fields two calls per session, during which students and parents are guided through activities by the host. “We give them simple ideas closer to their day-to-day life,” says Brid “like how a mother can draw animals in the grains to teach art to the students or how an electrician father can teach his child to change light bulbs and the concept behind it.”

The effort is no small undertaking and involves numerous organizations at every level of government. “We have gathered a huge team for this project,” says Sheshrav Bade, education officer of the District Council. “every area’s education officer, every Taluka  officer, every Gramvikas department officer, Sarpanch, social worker, Anganwadi workers as well as two volunteers from every village who have a phone.”

The program was launched two weeks ago in the cities of Bhiwandi and Murbad, where it is already showing promising results, and will soon be implemented in Shahpur. Listen to a Pratham radio lesson.