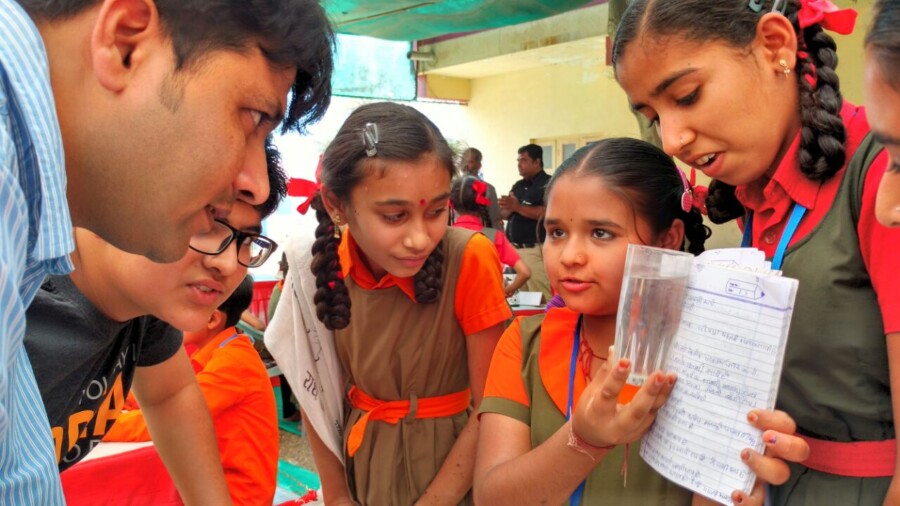 Pratham observed India’s National Science Day (February 28) by hosting a week of science fairs for children across rural India. In each location, Pratham team members, called Vigyan Mitras (friends of science), selected 20 to 30 students, dubbed Bal Vigyan Mitra, who were then trained to perform and explain experiments – on a range of subjects such as Newton’s disc or eclipses – in front of members of the community on the day of the fair.

A project competition was assigned to the children on the theme of energy conservation. While the Bal Vigyan Mitra developed their ideas and organized their displays, Pratham held rallies to mobilized the community. Close to 3000 Bal Vigyan Mitra were trained, and more than 27,000 visitors attended the Pratham fairs.

These community fairs are an integral part of Pratham’s Science program, which also includes science clubs and community workshops. The learning-by-doing approach aims to deepen children’s understanding of scientific concepts, instill confidence and stimulate further curiosity in the subject.

These fairs also work to convince schools and villages to establish science clubs registered with VIPNET, an organization of the Indian government.