Why aren't girls in India getting an education? 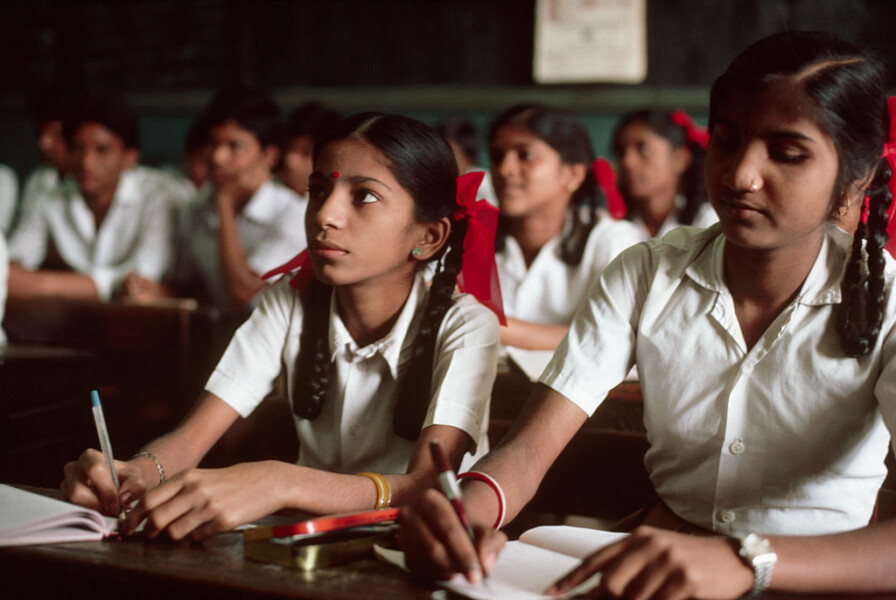 In a recent article for Time.com, award-winning journalist Nilanjana Bhowmick takes a look at the state of girls’ education in India nearly a decade after the Indian parliament passed the Right to Education Act, which made education free and compulsory for children between the ages 6 and 14.

“It has brought girls back to schools,” she reports, and an increase in their school attendance is clear. According to the 2018 Annual Status of Education Report, in 2006, 10.3 percent of girls between the ages of 11 and 14 were out of school; in 2018, only 4.1 percent were.

Unfortunately, Bhowmick reveals, these figures only tell half the story. Although enrollment has increased for younger girls, many adolescent girls are “shouldering the burden of care and housework,” preventing them from attending school.

According to a report published by the National Commission for Protection of Child Rights last year, roughly 40 percent of 15- to 18-year-old girls were out of school, among which almost 65 percent were engaged in household work.

Many efforts are underway to modernize the education system and overturn long-held attitudes about gender roles, including Pratham’s Second Chance program, which allows females to study near their homes and around their daily household and work responsibilities.

Nevertheless, in Bhowmick’s words, “the burden of housework on Indian girls is a spiraling crisis for India.” How the nation responds to it will be critical for everyone’s future.