The Joys Of Giving Highlighted at Annual Los Angeles Gala 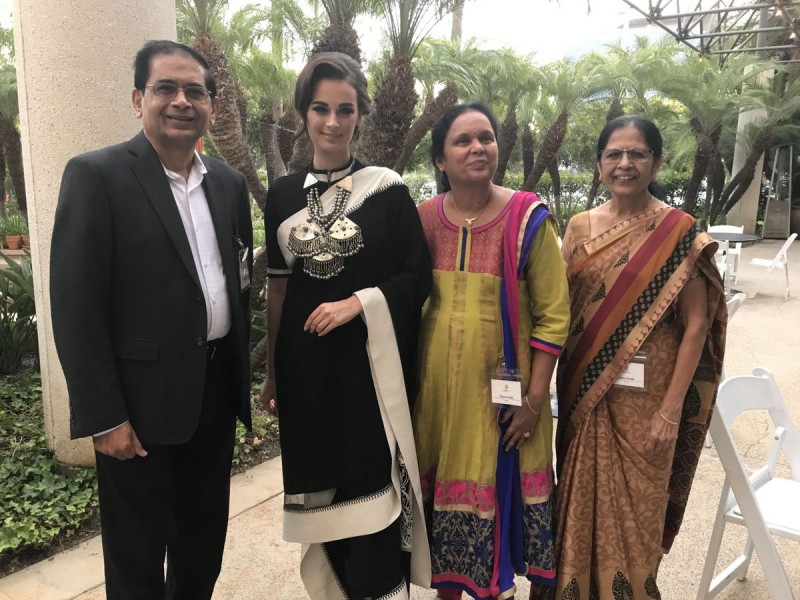 On September 16, 2017, Pratham Los Angeles hosted its annual gala at the Hotel Irvine. More than 300 guests gathered to commemorate Pratham’s achievements and help the chapter reach its $2 million fundraising goal.

Indian motivational speaker Rahul Kapoor Jain gave the night’s keynote address. “Let us live with a vision and purpose to help others across the world to ignite their inner powers and achieve results that matter,” he urged, stressing the importance of giving to a cause with personal significance: “Charity begins at home – the home of your soul.”

Bollywood celebrities Nargis Fakhri and Evelyn Sharma, who were each presented with the “Pride of India” award, expressed similar sentiments in their acceptance speeches. “To give is a beautiful thing,” Fakhri told the audience. “Giving to other people and actually making a difference in their life is happiness.”

Claremont Graduate University Vice President of Advancement Ernie Iseminger asked the audience “What will be your legacy be?” In a rousing speech, he described the qualities that led the Claremont selection committee to award the 2011 Kravis Prize to Pratham, citing its exceptional financial record: “There is no other efficient nonprofit like this in the world.”

Mangala Mehar, a graduate of Pratham’s vocational program, received a standing ovation after recounting her difficult upbringing, emphasizing that because of Pratham, “Now I believe I can write my own destiny.”

This event also honored three LA families for their exceptional patronage. Sudesh and Chitra Arora were recognized for their significant support in empowering India’s youth through vocational training, as was the late Pravin Modi who donated one million dollars to build a training institute. The Shah family and Sarva Mangal Family Trust were commended for their vision in supporting Pratham’s digital initiatives, which aim to scale education through technology.

Read more about the event in Indiawest and India Journal.