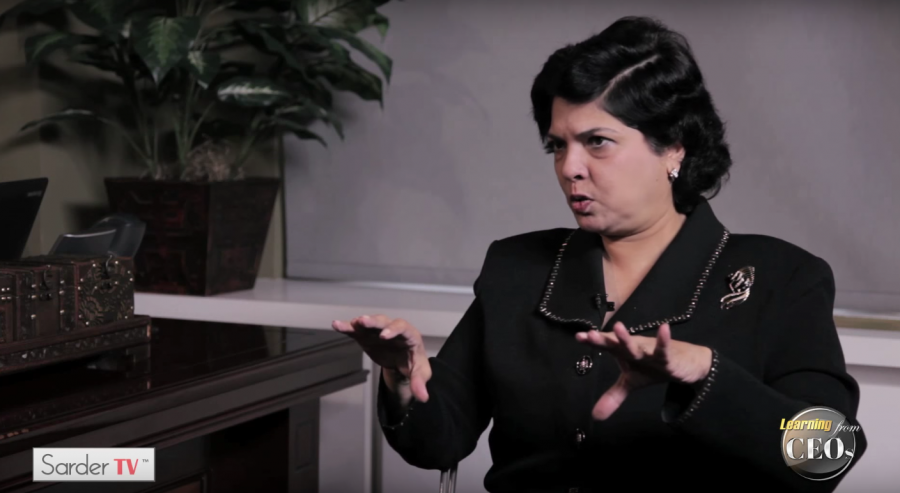 Sheila Hooda, CEO of Alpha Advisory Partners, who has served on Pratham’s New York Tri-State board since 2005, spoke to educational media company SarderTV about how her zeal for helping India’s children escape from poverty led to her involvement with Pratham.

“[Pratham’s] real focus, the thrust, is basic education for children in the slums and the villages… and that has become, for me, a passion,” said Hooda.

She explained how Pratham’s programs focus not on higher education, but on the fundamentals—reading, writing and math—because an astonishing one in five Indians cannot read or write. That’s about 287 million people, slightly less than the entire population of the United States.

She urged US supporters to raise visibility among the local Indo-American communities, many of whom don’t know about Pratham. “Call them. Meet them. Speak to them. Get them engaged. Because every one of them comes originally from India where they have seen this poverty, and they don’t know how they can give back.”

Since her tenure on the New York Tri-State board, Hooda has seen Pratham, which she refers to as a “pristine, well-managed company,” mature from just a few local members to hosting sold-out benefits that raise millions of dollars.

Watch Hooda talk about Pratham in the video below or view all 12 segments of the interview, each focusing on a unique aspect of her background.

You can become involved in Pratham by joining a chapter, volunteering, or joining the young professionals.