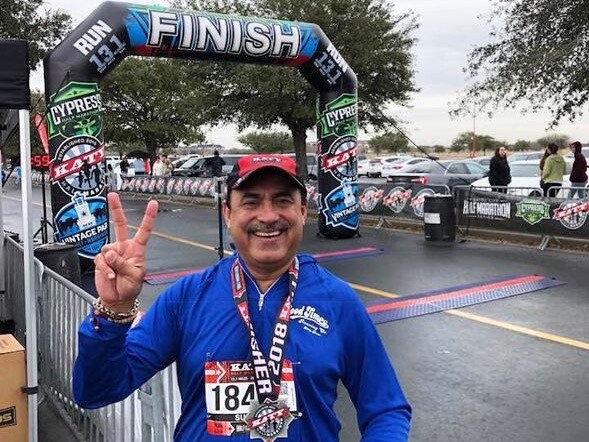 A renowned cardiologist with a busy practice he started 26 years ago, Dr. Randeep Suneja is an avid runner who has participated in many marathons in the Houston area as well as in his hometown of New Delhi.

When Suneja first joined the Pratham Houston board in 2016, he toyed with the idea of using his passion for running to raise money for the organization. But it wasn’t until a recent trip to New Delhi, where he visited Pratham programs, that the 57-year-old was inspired to take action.

“I interviewed a few of these children, and it was amazing to hear they had dreams of becoming teachers, doctors and computer programmers,” Suneja recounts. “It brought tears to my eyes to see what great work Pratham is doing to accomplish its mission of  “every child in school and learning well.”

Suneja decided to utilize the Pratham crowdfunding platform, which makes it easy for individuals and groups raise funds from family, friends and the community via the Internet. “Incredibly,” he exclaims, “within a week, we raised over $7,400 for Pratham. People donated between $10 and $1,000 from all over the world!”

On February 3, with virtually no preparation, he ran the 2018 Katy Half Marathon. To his surprise, he was able to complete the course with a time of 2:44:56. The winner of the fourth annual race, 42-year-old Eduardo Fernandez, crossed the finish line at 1:18:15.

Encouraged by the response, Suneja, who was recently appointed vice president of the Houston chapter, hopes to rally other runners to recreate his success on a larger scale in the 2018 Houston Marathon.

Read more about his effort at Indo American News. And learn how you too can go the extra mile for Pratham.