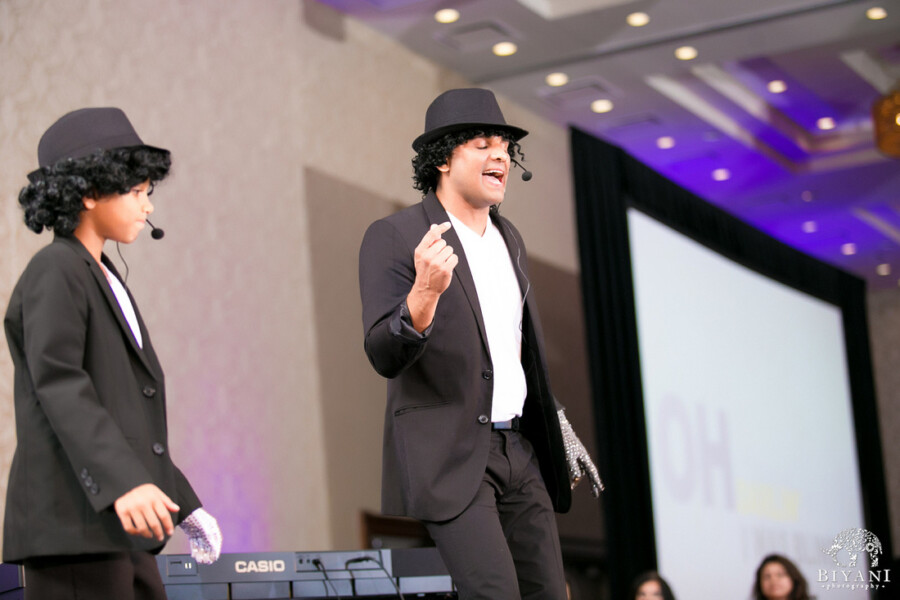 Prominent business leaders, dignitaries and members of the local Indian-American community gathered in downtown Austin for the annual Pratham Gala on Saturday, September 16, 2017. Held at the Hyatt Regency on Lady Bird Lake, the event was attended by 530 guests and raised over $300,000 for Pratham’s programs.

Following a hilarious set by local Indian-American comedian Paul Varghese, guests were treated to an inspirational keynote speech by Richard Garriott D’Cayeux. The astronaut, video game pioneer, and education advocate shared his vision of hope for the global efforts and advancement of education, especially for those who have fewer opportunities and less access to quality schools.

Attendees were then invited to participate in a live auction featuring supporter-donated gifts. Among them was “Golden Opportunity,” a Pratham-inspired painting by local artist Neena Buxani. The work, which depicts a woman carrying books on her head entering a golden door, sold for $6,700.

The success of the evening was made possible by gala co-chairs Minu Mohan, Nidhi Nakra and Isha Paul as well as the support of the Pratham Austin Board, volunteers and generous sponsors.

View more photos from the event.