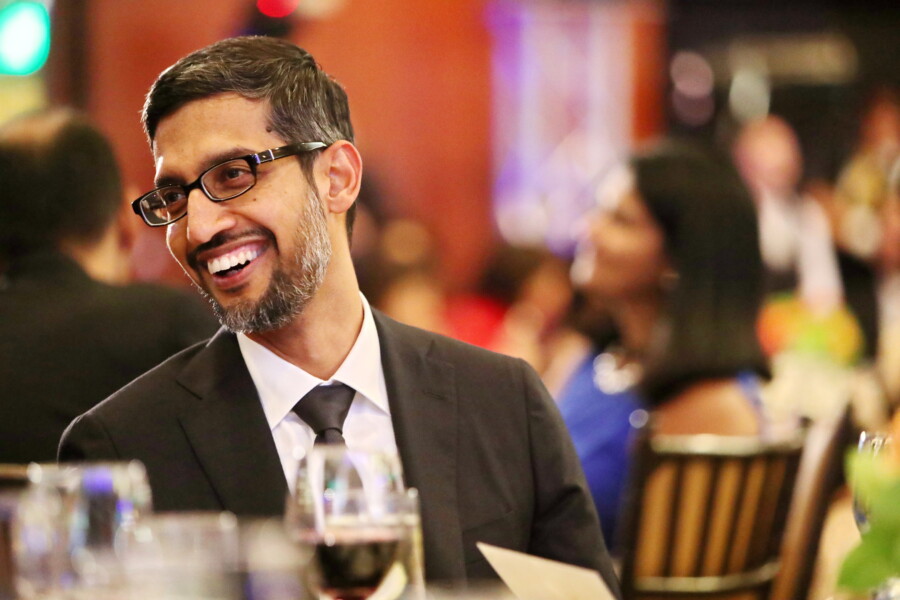 On September 29, 2018, the SF Bay Area chapter hosted its annual fundraising gala at the Palo Alto Hills Golf & Country Club. More than 300 guests attended the event, which raised $1.2 million toward the chapter’s goal of $2 million by the end of the year.

Google CEO Sundar Pichai, who was on hand to accept the chapter’s inaugural Corporate Leadership Award, commended Pratham for taking a rigorous approach to children’s learning and explained the similarities between the two organizations, which have been partnering for over 20 years: “It was an honor to accept this award on behalf of Google. Pratham and Google have worked together for many years to find effective, scalable ways to help children In India learn basic reading and math skills. Our partnership is built on shared principles. We both believe that knowledge is the key to opportunity and that every single child deserves a chance. Google is proud to work with an organization that has such a profound and positive impact.”

Pratham CEO Rukmini Banerji gave an overview of the state of education in India. She lauded the progress made in school enrollment and guaranteeing children eight years of school. Yet she questioned whether children are actually learning and engaged. Quoting Lant Pritchett of Harvard, Banerji described how Indian children are trapped in “a big stuck – discouraged, disappointed and disinterested.” She stressed the importance of taking action so that India’s large young population can reach its potential.

Dr. Banerji described Pratham’s approach to primary education, which ensures children attain basic literacy and numeracy skills, and spoke about Pratham’s experimentation with EdTech, made possible by support from Google and Sarva Mangal Family Trust. She then moderated a live feed with children from Pratham’s hybrid learning program, which leverages tablet technology to support learning, who delighted the audience and received a standing ovation.

The celebration coincided with Pratham being named a recipient of the 2018 LUI Che Woo Prize, a cross-sector innovation award recognizing outstanding contributions benefiting humanity. Pratham was selected for the Positive Energy category, which this year focused on the elimination of illiteracy.

The night was capped off by a performance by renowned American saxophonist George Brooks, known for combining jazz and Indian classical music, with his ensemble featuring Kala Ramnath. There was also a live auction offering, among other items, a private guided tour of Fortino Winery and a Lake Tahoe getaway.

SF Bay Area board member Sundi Sundaresh was thrilled with the success of the evening: “This year’s gala broke all prior fundraising records. The amount raised will touch the lives of thousands of children. We are grateful for the generous support of Google.org and the presence of Sundar Pichai at our event.”

“We are proud to sponsor Pratham,” said Deepa Sureka, chief operating officer at Rakuten. “Their ability to scale educational programs multiplies the impact quickly. I hope their work spreads beyond India. There are many countries around the world that could benefit from Pratham’s proven model.”