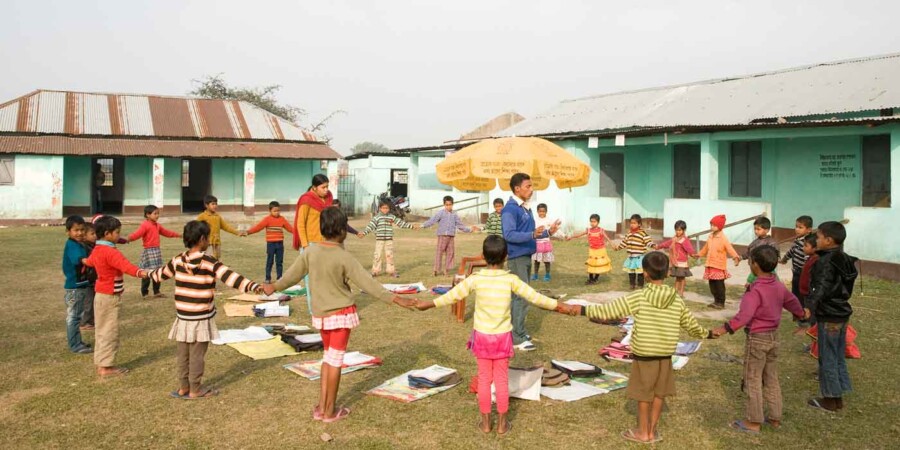 Dr. Madhav Chavan, president and co-founder of Pratham, and Dr. Rukmini Banerji, CEO, visited with supporters at a dinner hosted by Bhavini and Ketan Tridevi at their home in Oaktown, Virginia. The event, held in April, was attended by many well-wishers from the DC community who had an opportunity to interact with Pratham’s leadership and learn more about the organization’s current activities.

Dr. Chavan spoke about the passion of the Pratham staff in India and recounted stories from the field, highlighting a particular effort to train several thousand school teachers in Bihar at the request of government officials. Although Madhav didn’t think this was possible, the Pratham team took on the challenge and accomplished something that had seemed unachievable.

Rukmini reinforced the need to be nimble and shared several stories about how Pratham has been extremely effective due to the team’s flexibility and its flat organizational structure, noting that there are never more than three levels between the management and the field staff on the ground.

Hosts Bhavini and Ketan were also gracious enough to share how they became interested in and committed to Pratham’s cause.