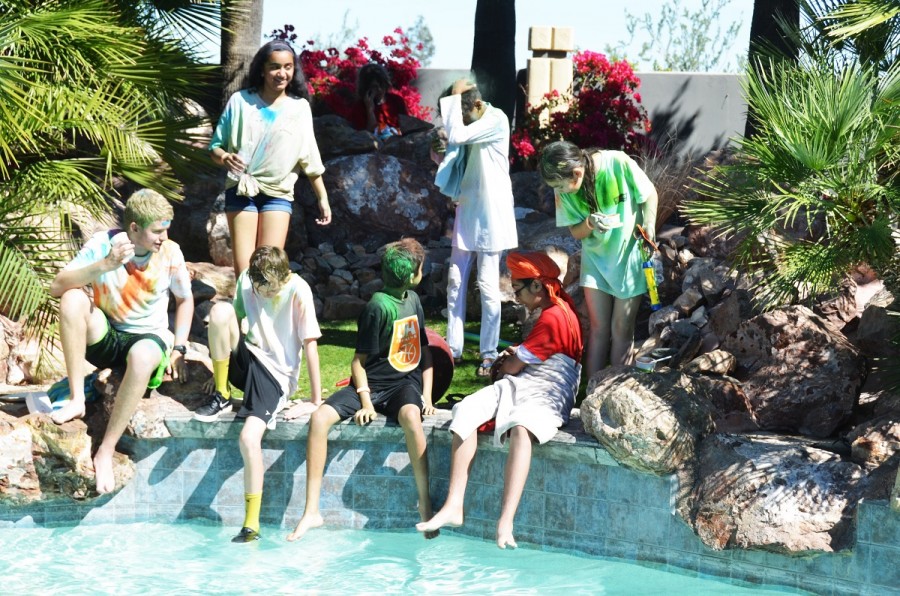 More than 450 members of the local Phoenix community gathered on Sunday, March 12, 2017, to celebrate the Indian festival of Holi.

Known as the “festival of colors” or the “festival of love,” Holi is a Hindu festival, observed in parts of India and Nepal, marking the end of winter and the beginning of spring. It also symbolizes rebirth, love and the triumph of good over evil.

Guests young and old spent the afternoon dousing one another with colored powder and tinted water in shades of red, yellow, blue, and green. They also enjoyed Bollywood tunes and sampled homemade Indian fare including chaat, chole bhature, jalebis and gajar halwa prepared by Sumona, Priti, Rashmi and other volunteers.

For some, it was their first experience with Holi, but for 63-year-old Mr. Gupta the celebration brought back memories of his childhood. “I was reminded of how we used to play Holi as a child in India.”

“We are thrilled so many people came out today for the celebration and were able to learn about Pratham,” said Chapter President Dr. Sheena Banerjee. “I am so grateful to the many volunteers, particularly the children, who helped make this enormously successful event possible.”

The festivities, which were hosted by Phoenix chapter board member Priti Kaur and her spouse, Dr. Bhupinder Singh, at their home in Paradise Valley, was organized by Pratham Youth and raised $13,000 for Pratham’s programs.