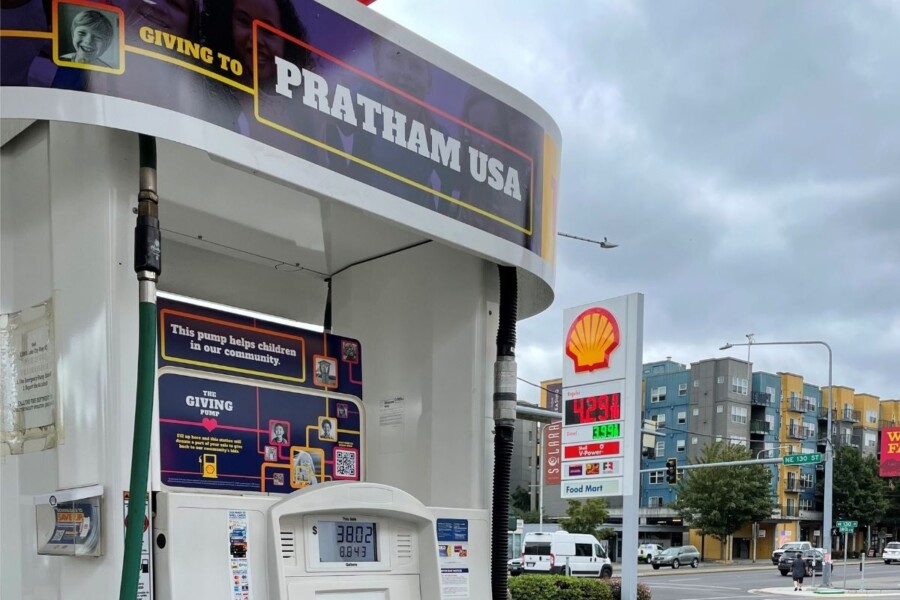 Pratham USA is pleased to partner with Shell in support of “The Giving Pump” campaign. Now through September 30, 2021, a portion of your fill up at the purple pump at participating Shell stations in the Seattle area (and some locations in Texas and Louisiana) will go towards supporting Pratham USA.

Shell launched “The Giving Pump” at stations across the U.S. as part of its Force For Good initiative to drive positive change in local communities by giving back. At participating stations, “The Giving Pump” will be specially marked with colorful signage to inspire consumers to fuel up and support a range of children’s focused nonprofits, including schools, literacy programs, hospitals, youth food pantries and more. More than 3,000 Shell stations across the U.S. are participating in this two-month initiative.

Long-time Pratham supporter and Branded Wholesale Territory Manager for the Pacific Northwest region, AJ Munday championed Pratham USA as part of this exciting campaign. Pratham USA will be featured at 31 Shell gas stations around the Seattle area thanks to the partnership with Shell and AJ’s efforts. He said, “I’m very proud to be a part of such an impactful organization in Pratham USA and just as proud to work for a company that believes in being a force for good. I’m very happy that I was able to bring Pratham closer to the public alongside the collaborative efforts of my customers and Shell.”