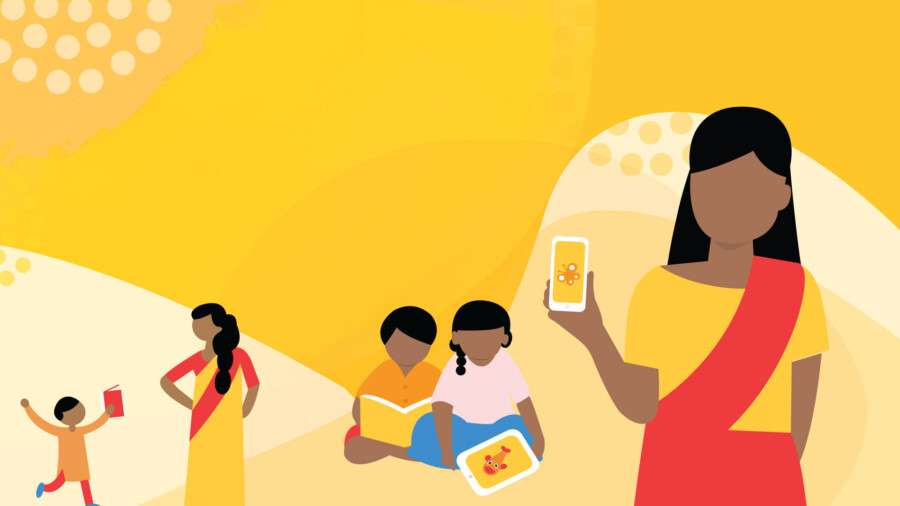 On Saturday, July 18, 2020, Pratham hosted its first-ever national gala. More than 1100 supporters from across the US attended the virtual fundraiser, which featured CNN Host and Washington Post columnist Fareed Zakaria, Actor and Producer Anil Kapoor and Singer, Lyricist and Composer Shaan. Dubbed “Pratham Beyond: Make Learning Limitless,” the event raised $2 million, which will provide remote learning to 600,000 children in some of India’s most vulnerable communities across the country.

After welcoming attendees, Pratham USA Chairman Deepak Raj briefly summarized our efforts during India’s lockdown. Supported by 130,000 volunteers, we have been offering daily lessons for parents through a variety of low-tech mediums⁠—Zoom, WhatsApp, text messages, even old-fashioned phone calls⁠—to ensure that children in 12,000 Indian communities have remained focused on learning.

The hour-long event included several prerecorded videos, which ranged from the informative to the poignant. In the former category, long-time Pratham partners Esther Duflo and Abhijit Banerjee, explained what sets Pratham apart from other nonprofits. The two founders of MIT’s Abdul Latif Jameel Poverty Action Lab were awarded the 2019 Nobel Prize in Economics for their scientific approach to evaluating social sector innovations, including extensive assessments of the impact of Pratham’s programs.

During an insightful conversation on the current state of education, Pratham CEO Dr. Rukmini Banerji and Mr. Zakaria discussed the challenges of the COVID-19 crisis as well as the growth opportunities. “It’s like a see-saw,” explained Dr. Banerji, referring to Pratham’s work during the pandemic. “There is an upside and there is a downside. The downside, of course, is well-known. If we were not worried about the health of our loved ones if we were not worried about where the world is taking us financially—if I put those aside, the rest of it has been an incredible up. Incredible new learnings. New connections. New partners.”

Among the myriad of subjects touched upon by Mr. Zakaria was the cultural shift to remote interaction, in which he saw both negative and positive aspects. “I’m a big believer that Zoom is not life. There’s a lot of richness that you lose,” he admitted. “But there’s a lot of power, particularly in this ability to marry scale and personalization.”

One of the more emotional moments of the program was a video of vocational training alumni in conversation with Pratham Co-Founder Dr. Madhav Chavan. The young men and women shared first-hand accounts of how the program has propelled them out of a life of poverty.

Rounding out the evening was Bollywood megastar Anil Kapoor, who lent an air of glamour to the proceedings as he shared anecdotes from his experience at the Houston gala last year, and singer Shaan, who performed renditions of popular songs from his studio in India.

This event  and our work is made possible by the generous sponsorship of many individuals, corporations and institutional supporters.  View the gala brochure for a full listing of donors.