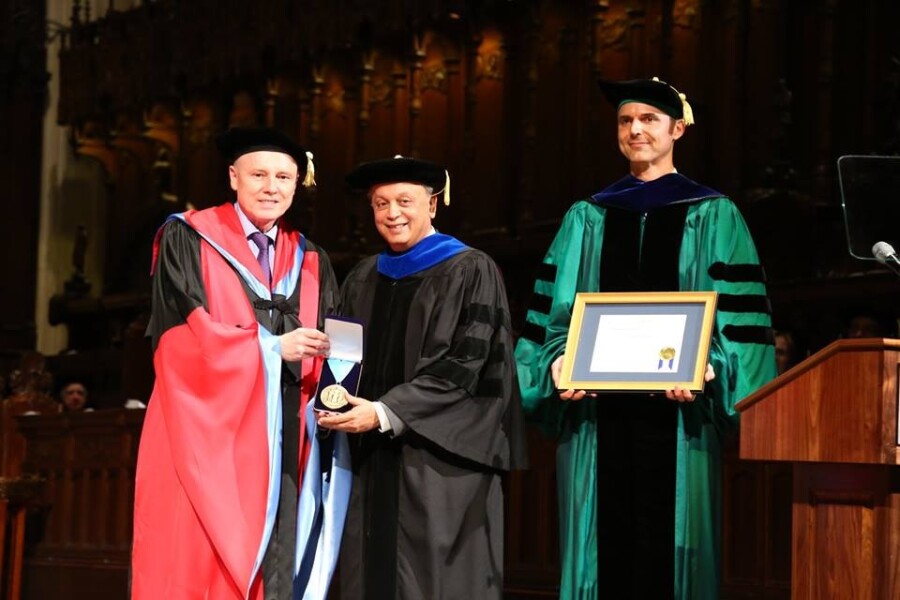 Dr. Madhav Chavan, co-founder and president of Pratham, received the Medal for Distinguished Achievement from Teachers College, Columbia University, on May 16 during its Master’s Convocation ceremonies. Each year, the Medal is awarded to individuals whose extraordinary contributions in education and human development have benefited society.

In his acceptance speech, Dr. Chavan called on master’s graduates of Teachers College, Columbia University to rethink the linear, assembly line-style education created by the Industrial Revolution. He also cited a personal hero: Bhimrao Ramji Ambedkar, India’s first Minister of Law and Justice and a Columbia University alumnus, who was born into one of India’s “untouchable” castes and rose to lead the writing of the nation’s constitution and the elimination of untouchability itself.