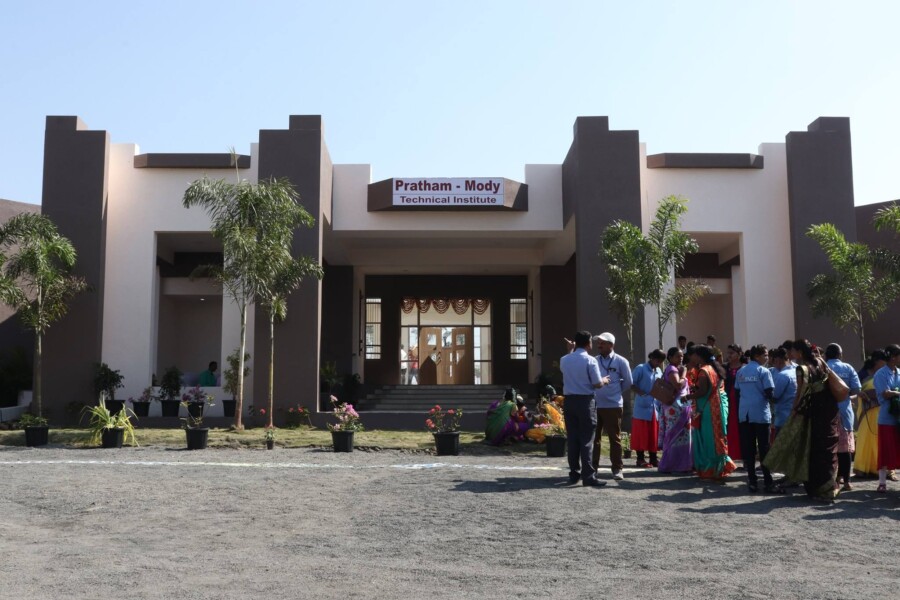 On January 4, 2019, supporters gathered for the inauguration of the Pratham Mody Technical Institute in the village of Kamargaon in Ahmednagar, Maharashtra. Built with the generous contribution of the late Pravin Mody and his wife, Sudha, who attended the event with her family, the multi-discipline training center will offer courses in technical trades such as electrical, plumbing and construction to approximately 600 students annually. Numerous companies, including Godrej Properties, Haier, Larsen & Toubro, LG, and Tata Housing, have already agreed to serve as job placement partners.

Following the ribbon cutting and lamp lighting ceremonies, the Modys were given a tour of the facilities. Guests were then treated to a performance of Indian classical music, after which family members addressed the audience and expressed their gratitude. A tearful Sudha Mody praised her husband’s “vision” and added that regardless of what they had given, they “have received so much from this.”

India’s growing need for vocational training has reached a critical level: between now and 2025, an estimated 130 million Indian youth will enter the Indian labor force; however, most of them have received neither the preparation nor the education needed. Since 2005, Pratham has provided skills training that has led to careers and economic self-sufficiency for thousands of underprivileged youth from rural India. Pratham’s vocational training program offers technical training, certification, job placement, entrepreneurship opportunities and vital support for job relocation and transition.

“Driving in today, the first thing I felt was my dad’s presence. I can see him. I can feel him through the breeze. He’s here,” their daughter Sujata told the audience. “So to see his dream come true. To see everybody having an opportunity to make something more of their lives was what he found important. Many, many years ago, he had an opportunity. Someone helped him get a leg up and make something of himself. And for him to be able to give back and give other people an opportunity was what his legacy is all about.”

Pratham co-founder and President Dr. Madhav Chavan looked optimistically toward the future: “Pravin Mody challenged us to go beyond services and venture into production and industrial training. We are glad he did because we are already receiving a very positive response from our local placement partners. This is an interesting new beginning for us.”