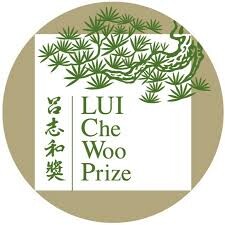 Pratham was named a winner of the 2018 LUI Che Woo Prize, a cross-sector innovation prize that recognizes outstanding contributions benefiting humanity. Pratham was unanimously selected in the Positive Energy category, which this year focused on the elimination of illiteracy.

The LUI Che Woo Prize is a relatively new, international award presented to individuals or organizations that have displayed remarkable achievements towards three objectives: sustainable development of the world; betterment of the welfare of mankind; and promotion of a positive life attitude and enhancement of positive energy. It comes with a monetary award of HK$20 million (approximately $2.56 million) and will officially be presented to Pratham at a ceremony in October of 2018.

Dr. Rukmini Banerji, CEO of the Pratham Education Foundation, said, “We are both surprised and delighted to have won the LUI Che Woo Prize! Our own values and vision of making the world a better, more positive place are very similar to that of the Prize and this generous honor from an international award will greatly support the work of Pratham in continuing to promote quality education to the children who are most in need.”

Other 2018 winners included the World Meteorological Organization, which won the Welfare Betterment Prize for their focus on the reduction of the impact of natural disasters, and Hans-Josef Fell, who won the Sustainability Prize for his work in the development of renewable energy.

Dr. Lui Che Woo, founder and chairman of the Board of Governors and Prize Council of the LUI Che Woo Prize, said, “This year’s laureates have contributed tremendously in enhancing sustainability, the welfare of mankind and bringing about positive energy, and are unanimously selected by the Prize Council.”