The impact of India's ​lockdown on girls' education 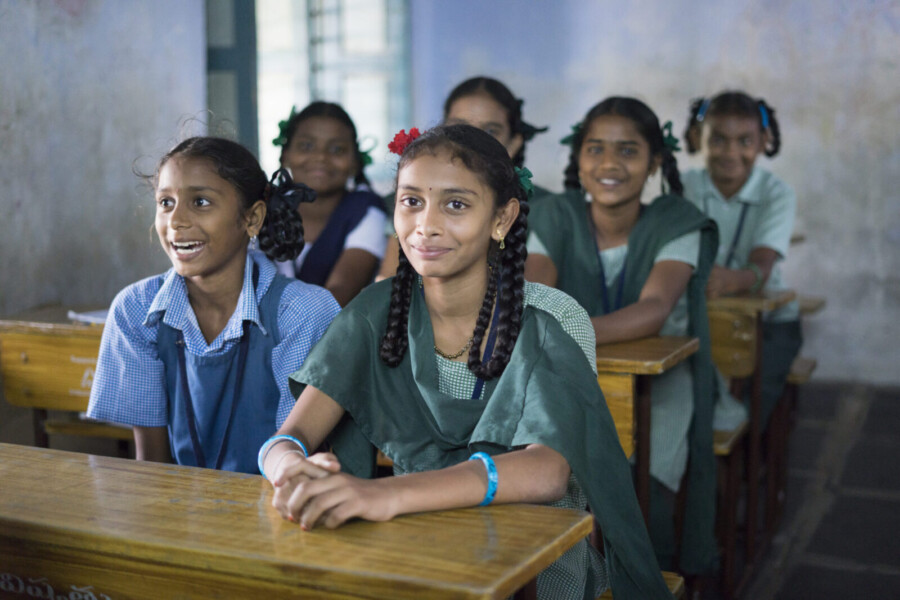 In recent decades,​ India has made considerable progress in reducing the​ gap in school enrollment between boys and girls​.​ The consequences of school closures on ​girls’ education and​,​ ultimately, their overall well-being threaten to undo many of the gains that have been achieved.

Even under normal ​circumstances, females, particularly from poor and marginalized communities​,​​ face enormous ​barriers to ​attaining an education.​ The pandemic has put many families under severe financial stress​ and, in the ​​absence of school​, females are at greater risk of dropping out and being forced into child labor and ​early ​marriage.

An article published in the Hindu last week ​examines​ the impact of the ​lockdown on adolescent girls and what needs to be done to help them.

“Instead of going to school, girls reported spending more time cleaning the household (61%), cooking (59%), washing clothes (44%), washing utensils (41%), and taking care of siblings (23%). Boys, on the other hand, said they spent most of their time watching TV and farming, among others.

Nor did girls have optimal access to the Internet. Among girls, just 22% knew how to use online learning platforms. Just 12% had access to mobile phones against 35% for boys. More than half the girls surveyed said they did not have essential textbooks. Not surprisingly, more girls than boys felt they were likely to drop out of school.

Further, a high number of adolescent girls reported that they felt vulnerable to domestic violence and sexual harassment during the lockdown. Curbs on their mobility also increased; only 39% of girls said they were allowed to go out alone compared to 62% of boys of the same age. The closure of schools has also led to a lack of a safe space for girls.”

Without formal school, options for girls are limited. Many report spending their time immersed in household chores and caring for siblings, while their male counterparts are free to pursue learning and other activities. A key contributor to this divide is a lack of resources such as digital devices and smartphones. Personal safety is also a concern.

The Indian government has introduced ​a handful of measures, but according to the author, a more localized approach with targeted programming is needed.