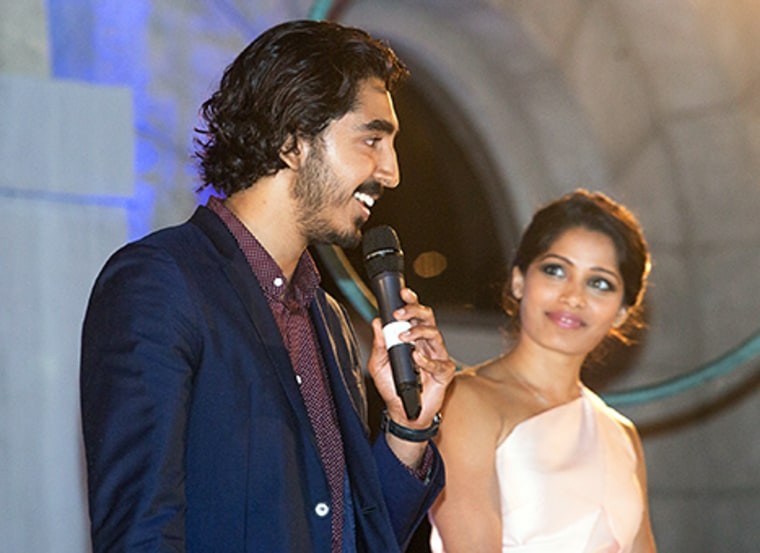 On September 19, more than 400 guests came out to support childhood literacy and mingle with celebrities at Pratham LA’s gala. The event, held on a New York City street movie set in Manhattan Beach Studios, raised $1.36 million for our programs in India making it Pratham LA’s most successful gala to date.

Those programs are particularly dear to the hearts of guest speakers Freida Pinto and Dev Patel, known for their roles as Latika and Jamal in the Oscar-winning Slumdog Millionaire. Their speech and participation in the live auction highlighted the festive evening and marked a reunion of the two stars who split after eight years together.

“We need to encourage these girls to stay in school and encourage their families and society to keep them in school,” Freida said to the audience.

Her words acknowledged this startling statistic: Nearly 80% of Indian girls drop out of school before Grade 10. Pratham’s Second Chance program works to change this by offering female dropouts in India’s underserved communities the opportunity to complete their education in an environment that’s compatible with home life.

Comedian and emcee Anish Shah reduced gala guests to tears of laughter while poking fun at Indian food, Bollywood and marriage. On the serious side, he spoke about Pratham’s 20-year history and the organization’s impact on India’s youth through literacy programs, libraries and vocational training. Since its inception, Pratham has reached more than 40 million children—roughly the population of California.

“India needed to have a charity to move the needle a little bit. These problems are big and need ambitious efforts,” said guest speaker and portfolio manager at The Capital Group’s LA office, Brad Freer. “Teaching a child to read is an investment opportunity.”

Dev Patel added, “All it takes is for one person to believe in you. I want these Indian kids to name that one person or teacher who believed in them. Every child deserves that.”

Read more about the gala at E! Online, US Magazine, and India West.