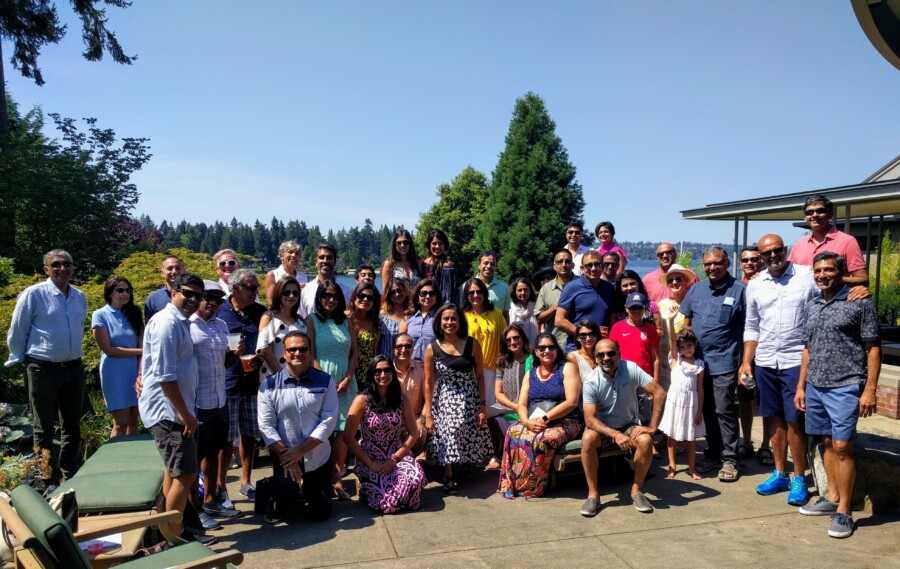 On August 5, prominent CEOs and local philanthropists attended an exclusive salon on Lake Washington at the home of Pratham Seattle board members Rubie and Pradeep Singh. The couple opened their home to former and current executives from Microsoft, Expedia and McKinsey, among others, with the hope of starting a meaningful dialogue on how best to engage and organize the Seattle community for transformative social impact.

The gathering came in the wake of the first-ever survey on the state of Indian-American philanthropic engagement released by Indiaspora earlier in the year. According to the report Indian-Americans, one of the wealthiest demographics in the country, donate roughly $1 billion annually to charity. As impressive as this figure is, it amounts to only a third of the national average based on the community’s enormous giving potential.

Following cocktails and brunch, Mr. Singh, eager to start the conversation, threw out a few questions: “Why don’t nonprofits reach as many people as the best for-profit companies?” “What is the nature of philanthropy in US culture that drives Americans to be the biggest givers in the world?” “What is the process by which immigrant communities absorb that cultural imperative?”

The view from the veranda provided a breath-taking backdrop for the ensuing discussion. Guests spoke passionately about making a difference both at home and in India. “It’s crucial for us as a community to start giving back,” said Dr. Darshana Shanbhag of Overlake Internal Medicine Associates. “We’re all very fortunate with the opportunities we’ve been handed, and it’s time to start thinking about how we can share our success for the betterment of society.”

Long-time Pratham supporter Anoop Gupta, co-founder and CEO, SeekOut, explained what he looks for in a charity: “I like to focus on the impact and efficacy of my giving. If, for a few dollars and a vaccination the Gates Foundation can help a child survive, I believe for a few dollars Pratham can help make a child thrive. Giving literacy and numeracy mean the child continues to learn and grow, and she can have greater control of her future.”

Although the beautiful summer weather afforded guests the option of kayaking, swimming, bocce or croquet, the thought-provoking debate proved too engaging for them to be pried away. JJ McKay, an active figure in the philanthropic world known for hosting his share of social events, was astonished at the group’s enthusiasm: “In most social circles, I would not have seen so many people spend an hour debating the topic of philanthropy. This Pratham crowd is really passionate.”

Only a sudden roar in the sky above could put a stop to the deliberation as guests looked up to see the Blue Angels flying overhead—a fitting end to a memorable day. View photos from the event.