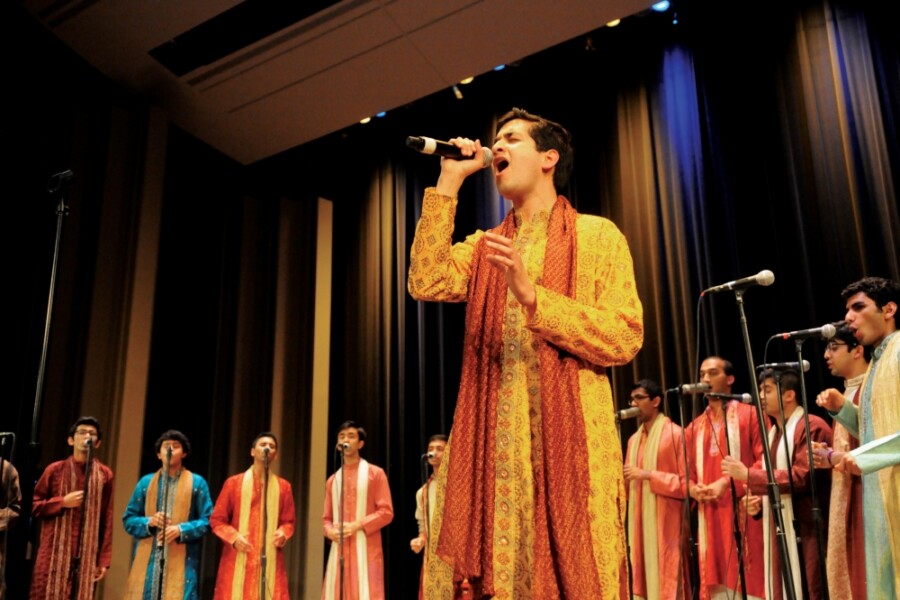 The event was sponsored and hosted by Deloitte, a Pratham supporter since 2011 when they awarded us a grant to develop residential vocational training centers for female dropouts in India. Since then, we have launched five Pratham-Deloitte Achievement Centers that offer young women self-sufficiency through practical training in cosmetology, sewing and computers.

Deloitte S&O consultant Silky Kadakia and Deloitte S&O principal Hemal Vaidya developed the concept for the musical fundraiser and coordinated the show in less than one month with the help of fellow Deloitte employees and Georgetown alumni. According to Silky, they “wanted to do something to benefit Pratham in a big way and showcase Deloitte’s continued commitment.”

The event raised $12,000 to support our programs in India, which include preschools, community libraries and remedial learning.

Ravi Gupta, a Deloitte tax partner and member of the Pratham DC board, said, “I want to thank Hemal, Silky and the team for this incredible event. I am extremely proud to be a partner in a firm that encourages us to contribute to the community in so many creative ways.”

Through grants, pro-bono service and employee contributions, Deloitte has donated over $850,000 to Pratham. Learn more about how our partnership began.