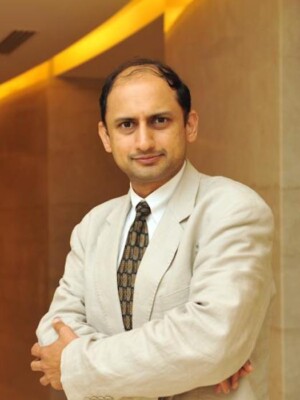 Viral V. Acharya is the CV Starr Professor of Economics in the Department of Finance at New York University Stern School of Business. Before joining NYU Stern, he was professor of finance and academic director of the Private Equity Institute at the London Business School, a research affiliate of the Center for Economic Policy Research and an academic advisor to the Bank of England.

Viral also served as Deputy Governor at the Reserve Bank of India from 2017 to 2019 in charge of monetary policy, financial markets, financial stability, and research. He has served on several boards, including the International Advisory Board of the Securities and Exchange Board of India and the Advisory Council of the Bombay (Mumbai) Stock Exchange. He has also been an academic advisor to the Federal Reserve Banks of Chicago, Cleveland, New York, and Philadelphia, the Federal Reserve Board of Governors and the European Systemic Risk Board.

Viral holds a Bachelor of Technology in Computer Science and Engineering from the Indian Institute of Technology, Mumbai, and a PhD in Finance from New York University Stern School of Business. Viral is a founding member and former president of the New York Tri-State and Pratham UK chapters. He also served on the board of the  New York Tri-State chapter from 2013-2016. Viral, and Professor Manjiree Jog, his wife, are members of the Pratham LEADers Circle.